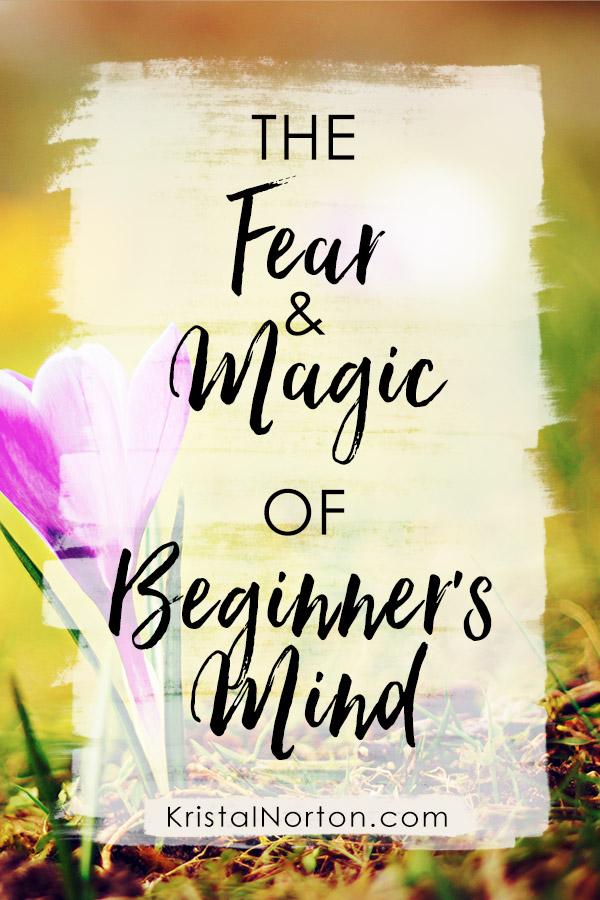 I have a bad habit of over researching. I tend to gently slip my way into learning something without committing to it. I watch, I read, I learn. And when it finally gets to be too much and I have to face the fact that it's time to actually DO... there's a clash. My mind and my body don't match up. I get frustrated with not being able to do it, because I "know" so much. I am thrown into the beginners seat, and into the realization that learning something with my mind doesn't make me an expert. Only doing it does.

If you've been with me for any length of time, you probably heard my story on how I researched mixed media and art journaling for TWO YEARS before putting a brush to paper. I thought I learned my lesson... but, you'll probably chuckle when I tell you this, I did it again. With karate. (Old habits die hard, right?)

To be fair, I had no interest or intention of doing it for myself when I signed my kids up and started intently watching the classes. But still, almost two years later when I realized I wanted to do it too, I had to wait until I was "ready".

Why do we wait so long
to begin something new that we're interested in?

Why do we "prepare ourselves" so much if it rarely changes the experience of beginning? Why do we try to cheat ourselves out of being a beginner, rejecting the beautiful, exciting state of beginner's mind?

Perhaps because of our intent focus on the outcome? Or maybe it's a fear of failure, or of looking uneducated or "stupid".

We know intellectually that we can't possibly be good at something if we've never done it before. That it takes time and practice to become good at anything. And the hard truth is, we are more often in a state of not knowing, than we are in truly knowing.

It's funny really, how we humans are pretty confident beings despite how little we actually know. I mean, I suppose we have to be in order to make any sort of decision; and we're faced with literally thousands of decisions each day. Our brains are magnificent, constantly making judgement calls to guide us through life, filling in our gaps of knowledge with the most likely information, and making calculations to predict the future. The problem is, we can only make those calculations based on what we already know or what we think we know, which leaves open the possibility that we're incorrect, especially if our information is faulty or out of date.

The ironic thing is:

We can only learn and grow, and we are only ever really happy, when we dare to be naive, when we get present to enjoy the journey with fresh new eyes of a "beginner".

I've seen it for myself - The other week I was thrown into something new without a moments notice to prepare. I had joined my daughters in a new group karate class, and it just so happened to be the day they were practicing kata. (For simplicity sake, let's just say that's when you stand up in front of an audience on your own to demonstrate a series of karate techniques.) Now, I've been in the spotlight before - I've given a speech or two (in which I spent months preparing for), and I have shown myself on video (with approximately 20+ takes with each one) - but this was different.

If I had known ahead of time, I may have not gone. I may have told myself I wasn't ready. That I needed to practice more. Or maybe that demonstrating wasn't something I needed to work on right now. Or perhaps I would have sat in anxiety about it for days before it actually happened.

But alas, there I was in class, and my turn was approaching. I couldn't refuse. My heart was racing, I tried to calm myself. I knew the moves. It was just a matter of getting up there and doing it. So I took a deep breath, stepped up, announced myself with what felt like a bit of confidence. I could do this! I move into the kata, giving it my all. Then, half-way through, out of nowhere, my body starts shaking. My legs turn to jelly. I try to hit harder with every move, willing my body to turn solid again. But it was no use, my body trembled uncontrollably until I somehow made it through to the end.

Later I had a good laugh about it with my kids, then again with my Sensei. "Could you see me shaking!? I was literally trembling like a leaf!" But I survived. And what's more, in being open and honest about my experience, I received the support I needed to move forward and actually be excited to try again. They all knew just how hard it is to do something for the first time, to do something in front of an audience, to face your fears. They've all been there themselves, many times, as I'm sure you have as well.

One of the things we try to practice in martial arts, is something called shoshin, or "beginner's mind". So, doing my best to embrace this (and knowing that if I waited too long to do it again I'd probably loose my nerve!), I asked one of the other adults from my usual class to join me next time. I was curious to see how long it would take for me to be able to get up there and not be shaking in my boots! So every Saturday we faced our fears, stepped up in front of the group, and did our best. Over and over and over again. It got easier each time and it was exciting to see ourselves grow. 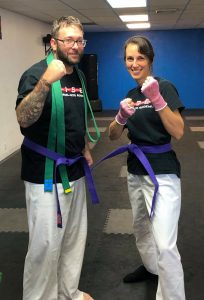 Reflecting back, I see how jumping into it in this way was way easier (and more rewarding!) than spending weeks, months, or even years preparing myself. I progressed much faster than if I had spent time "getting ready" to start, and I avoided all the anxiety that would have created. After diving in head first as a total unprepared beginner, I had the courage to keep going. And wouldn't you know - my partner and I got promoted soon after!

More and more I'm beginning to fully understand shoshin, and that it is the only way to journey on the path to black belt (and the path of life) - with a beginner's mind; not just when we start something new, but in every moment.

As we develop knowledge, our minds naturally become more closed and we tend to dismiss much of what we hear. Our minds are wired to search for confirmation of our current philosophy or previous experience, rather than being open to new information. 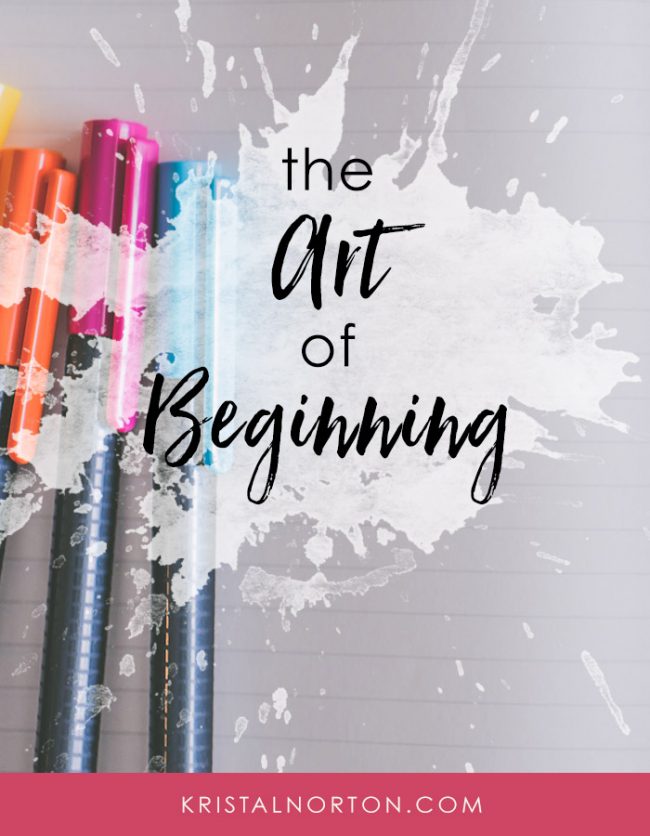 But with a beginner's mind, open and free from preconceptions, we are willing to move forward and make mistakes, we listen more deeply and see more clearly, we are eager to hear new perspectives, we are open to question old beliefs, we are able to be present with what actually is, we see the world anew with wonderment and awe...

To allow yourself to remain as a beginner, opens you up to expand exponentially.

As Zen teacher Suzuki Roshi famously said, “In the beginner’s mind there are many possibilities, but in the expert’s there are few.”

If you look to this moment as a new beginning, suddenly this moment isn't the same as all other moments. Suddenly you aren't confined by your brain's map of the world, suddenly possibility opens up. Things can be different than before. You can make a different choice.

And the beauty of life is, each moment we are offered the opportunity to begin again. And if we embrace it, life becomes an endless adventure of possibility.

Much love to you,

Subscribe to my Museletter for inspiration and practical tips to keeping on track with this scary journey of reclaiming yourself and your creativity. You’ll also get VIP access to my new goodies, freebies, special offers, and more!

Success! Now check your email to confirm your subscription.

Kristal is a creative life coach who helps women reclaim their creative magic, reconnect with their Soul's wisdom, and realize their innate brilliance so they can lead a more authentic, fulfilling life. Click here to read more...